The Necessity of Having Female Confidants

Posted on December 10, 2019 by taurusingemini

What we need, as we, grow older, someone, to just listen, someone to, give us, an alternative perspective of the issues we’re, faced with in life, translated…

It was about, two years after, we were, wed, I suppose, there was, a friend who’d, gotten married two years before I did, invited a group of us friend, to her home for a gathering.  In that era, where everybody is poor, she was, middle-class.  Her husband works in the enterprises, very gentlemanly, very thoughtful, and kind to her friends.  Everybody fought to see how her home was, set up, and we’d, started, making fun of ourselves, like it was, the very first time a hillbilly ever, gone to town.  The benefits of being old friends, are that we don’t need to, hold anything back, no need, to put that mask on, and the conversations were all, about those we are familiar with, people we all knew.  Don’t know why, but the words she’d said, stayed in my mind from then one: “Some things, you can, only, tell to your friends, and not your husband!”

As I was younger, I’d, not known better, never inquired either, I’d even, started worrying if her marriage was, in trouble.  As I rolled around more, I’d, finally realized, that what she’d meant was, that this, was how marriages worked, it’s not emotional, nor was it, a complaint.  We are, two different people originally, we have our separate interests, personalities.  And, those whom we keep as friends, all shared something with us, especially as time trekked on, friends were, “filtered”.  As we got older, the older friends have more to talk about, or that we’d, had different hobbies, but enjoyed sharing things with someone else, other, than our own, spouses.

As I’d just started working as a housewife and work, I’d not had any friends outside of the offices.  Once, a woman came to my office to see me, she’s, very clean and well dressed, with healthy complexion, bright eyes, a beautiful mouth, she’d told me, that after she read my columns, she’d, wanted to, make friends with me, and that she was, just in the neighborhood so she’d, dropped by.  Back then, there are, almost, no telephones around, not to mention, cell phones, and it’s not weird, to go and find someone in person.  And, maybe, it’s this affinity, that we’d become, very good friends.

people we can do this with… 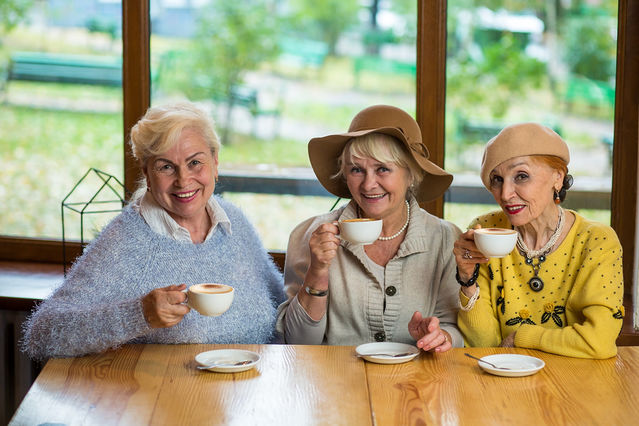 She didn’t have a high education, but she’d, taught herself Japanese, and she could, translate the books, and later, she’d become, an oral translator.  We’d often, discussed the Japanese writers, who we liked, and who we didn’t.  On the weekends, we’d, handed our children over to our husbands, and, rode the scooters, sped down Keelung Road, looking into the distance, of the cloudy capped mountains.  As the dormitory I’d stayed in was being, taken back, she’d, gone with me, to hunt for a house.  The prices comparisons, the negotiations of the prices, I’d, “accompanied” close by, and not said a single word, because I didn’t have, what it takes.  Later on, I used the $20,000N.T. I could afford, to buy a house that was, priced at $300,000N.T. back then, with the discounts in the installments too, plus the washing machine manufactured elsewhere.  I couldn’t have done it, without her.  She’s, a good cook, every time she’d visited, I’d, handed over the knives, the wok, the pans, the pots, and only, assisted.  Although a couple of years she’d fallen ill and died, but, she is, a good friend I will, always keep in mind.

As for those old friends whom I’d gathered with regularly, we’d, gone through half a century together, we’d, told each other about anything, any one of us can start talking on something, and one of us can, finish up the sentences for the persons who’d, started, a look, we’d known, what each other is, thinking of.  Some can sing, and, the rest of us, listened, enjoyed the music, and, we’d, chimed in when it felt, right, gotten red in the face, and, burst out in laughter after the song was, over!  We are, able to, share, ALL the ups and downs of life with each other.

There are a couple of friends whom you don’t get to see regularly, but still, quietly, cared about you, and as you needed, they’d, lent that helping hand, for years, and years, and years on end.  But, there are still, differences between having men and women as friends, the men, can share the conversations with, while the women, can share the feelings with, as men usually, don’t get the sources of our, emotions as well as other women would.  This sort of a female confidant, they can, help soothe our minds, and, help us find the roots, of our, troubles.

There was once, a friend who’d, struggled on whether or not she should, get a divorce, the three of us, girlfriends kept discussing it with her, time and time again, we’d had her, posed her own question, so she could, analyze it on her own, and we’d, added in our opinions, as we saw fit, and, with us, female friends by her side, she can, pour her heart out, freely.

And so, this showed, how important it is, to keep friends, because, they offer a different perspective, a brand new view on things, that we may find useful in the situations we are, faced with, and, they’re there, to give us the emotional, social supports we may need, and we do the same for them, and this, is a good way of interacting, of setting up rapport, with those that we know in life.

All I have to say, I've already said it, and, let's just say, that I'm someone who's ENDURED through a TON of losses in my life, and I still made it to the very top of MY game here, TADA!!!
View all posts by taurusingemini →
This entry was posted in Beliefs, Experiences of Life, Lessons of Life, Passing of Wisdoms, Philosophies of Life, Positives of Life, Properties of Life, Socialization, Staying Active During the Elderly Years and tagged Friendships. Bookmark the permalink.