Posted on November 5, 2019 by taurusingemini

Realizing that it was, ABUSE, and NOT love, then, working really hard, to SNAP yourself, OUT of that VICIOUS cycle you’d been, born into, and finally, STOPPED, blaming yourself, for how your father had, mistreated you, took you long enough!!!  Translated…

Thinking back, since I was very young, my father had been using the moralities to teach me.  “the complete person is a full circle, any flaws, you’d, need to, introspect on.”  He’d, educated me so.  And so, as my father misspoke, I’d, used his words exactly, to rebut him, and it was because I hadn’t been “trained” enough, that attributed to how slow I’d, reacted to him.

“Don’t be like your mother, lazy, without any major goals in her life.” The mom he spoke of, had saved up every last dollar she could, and still managed to make the ends meet up right.  And he’d always, run around out, even had his share of extramarital affairs too, and he’d, often labeled himself in front of me as “the most standard form of a husband, a father, someone who’d never done anything to break his own wife’s heart nor hurt his own young.”

“You must dream bigger, and achieve greatness, no matter how hard it is for you to.” he’d stated, as a way, of rationalizing for his unsuccessful careers.  As mom and the three of us sisters, ran around, trying to get all the money we could for him, to dump into that career that became, like an abyss for him.  Sometimes, when the amount was too high and we couldn’t make it, he’d grilled us all, for not having the foresight afterwards, that we’d associated ourselves with those who aren’t, well-to-do enough.

In order to help him get the funding that he’d needed, I’d worked for over a DOZEN of years, and still not managed to save a single CENT for myself, and he’d, never appreciated us, he couldn’t even remember how much DEBTS we’d paid up for him already. 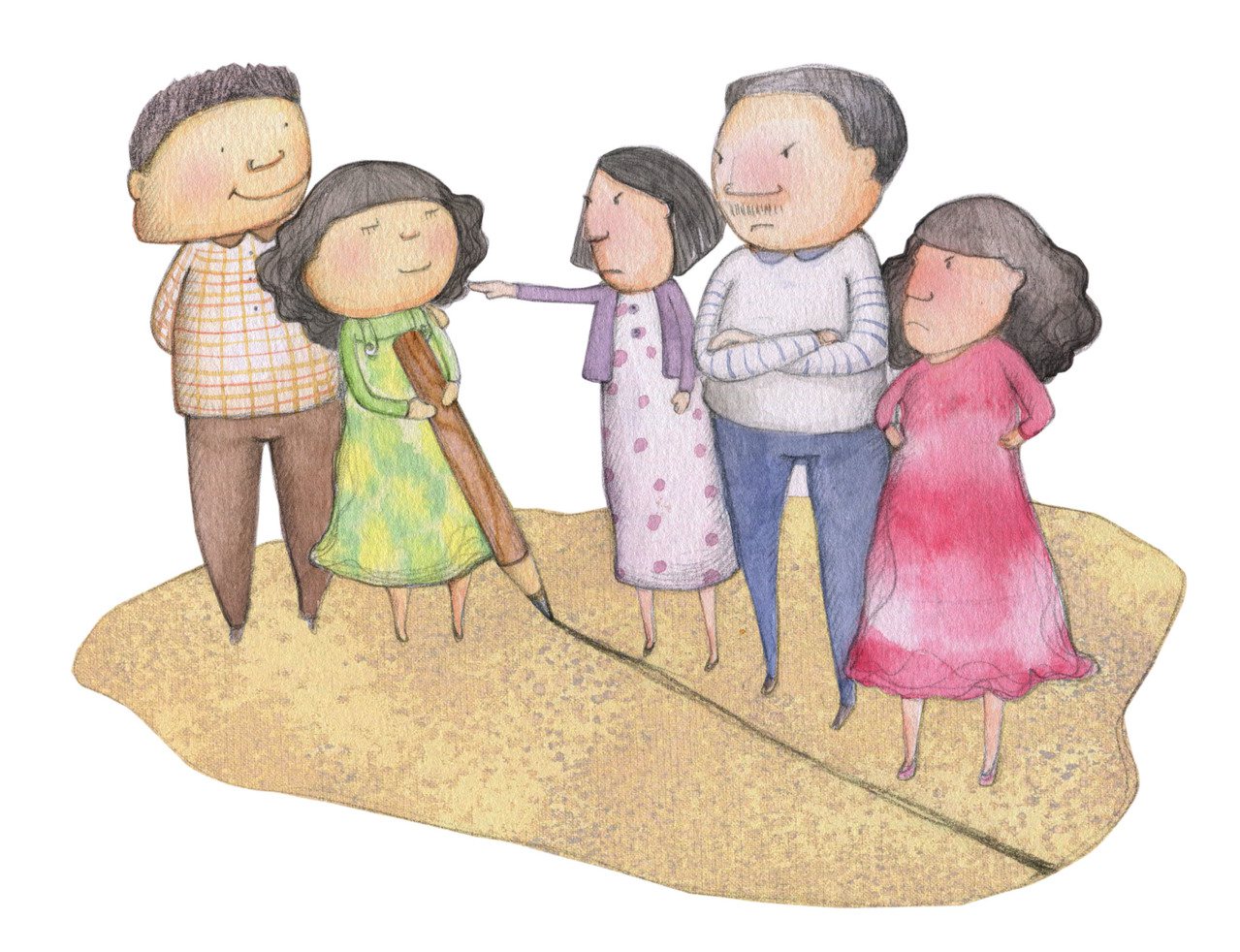 “Had I only known you are all going to be so lazy, I should’ve, KILLED each and every one of you when you were little.”  He’d told me that before, and back then, I’d only taken it as a joke, but as I’d laughed on, I’d felt, that a hole got punched, inside my heart then.

He’d loved showing me off to others.  “Actually, you’re, already, quite excellent compared to other people your age, but I’d used the emperor’s teaching styles to educate you when you were younger, you’re, BETTER than this, you need to work even harder.”  He’d put me on that high pedestal, then, pulled me back down again.  By then, I’d gotten used to what he did, and gotten used to his using “you’re not working hard enough”, “you are so brainless”, “You’re not intelligent” to refer to me.  Since after I graduated from university, I’d worked by his side, and everybody we knew blamed him for wasting my youthful years away, while I’d told them, that this, was what I was meant to do, to get established in my own career, then I shall, find a mate.

By age forty, I’d met my husband who was in the U.S. back then.  He’d helped paid up a huge sum of debts, when we married, my father’s carrier was still on the rocks, he wanted me to try and persuade my husband to invest in his ventures, and naturally, my husband, he wasn’t, moved at all.  And, the first few months after we were wed, my husband and I argued for more than our fair shares on the matter.  One day, I’d called from overseas to tell dad, he told me, that my husband didn’t put me on a high pedestal, otherwise, he would’ve, made the long-distance calls back to Taiwan more often.  At that very moment, I’d finally found, that something, wasn’t, quite right.  All of his saying, “I’m only doing this for your own good”, was actually, nothing but L-I-E-S.

I’d started, reexamining the way he’d taught me with, and felt I was, on the verge of melting down, and finally understood why my husband didn’t agree with the values that I’d learned from my own father, “we need to change along with the world that’s changing.”  After I’d understood this, I’d started, standing UP to my own father.  And my younger sisters, they’d, sided with my dad, and blamed me, called me unfitting as his daughter, that after I’d married, I didn’t want anything to do with my own family anymore.

And, three years after I was married, we’d, finally made it back to Taiwan, my father called a family meeting, and grilled me hard, my mother wanted to stand up for me, but, she was ignored by my father, and my younger sisters.  In the end he’d told me, “You’d, fallen to too low after you were married.” That was it, I could, NO longer take him talking trash about my own family, my husband anymore, I’d, selected not to talk to him, for the following three years, we’d not, spoken a single word to one another.

My husband consoled with me, “You need to take care of you first, then you’ll have the strength, to care for someone else; you need to love yourself first, then, you’ll be able to, love others.”  And so, I’d, stopped, being angry at myself for being an “unfitting daughter”, stopped getting angry at my younger sisters for not understand that my change wasn’t because my husband had, brainwashed me, it was because dad was, wrong!  I’d needed to, toss out all the values he’d, instilled into me far, far away, to never remember them again; I don’t want to feel confused, on how my father could be so cruel to his daughter, me, who’d, spoken on his behalf, repeatedly.  I will, live for myself now, for the sake of my husband and my marriage, for the sake of my own mother, to take care of her; I will, NEVER again feel ashamed, blamed myself, scared, sad, lacking self-confidence, walking on eggshells, and felt, that I will, never live up to the measurements of being a “saint”.

I want, this resolution, with myself now.

And so, this must’ve been a long and hard process, to finally realize that your father WAS the one who’d been wrong all along, that you weren’t, as he’d said you were, and this, was under years and years, of hypnosis of your father’s putting you high up on that pedestal, pulling you down, and you’d, finally, stopped, allowing him, to ABUSE you again!

All I have to say, I've already said it, and, let's just say, that I'm someone who's ENDURED through a TON of losses in my life, and I still made it to the very top of MY game here, TADA!!!
View all posts by taurusingemini →
This entry was posted in A Wrong Kind of Love, Adults Misbehaving, Breaking Free from the Cycle of Abuse, Child Endangerment, Childhood Innocence, Experiences of Life, Facts, Lessons of Life, Properties of Life, the Consequences of Life, the Cycle of Abuse, the Process of Life, The Trials of Life, the Vicious Cycle, Values of Life and tagged Realizing it WAS Abuse Her Father Had Given Her. Bookmark the permalink.